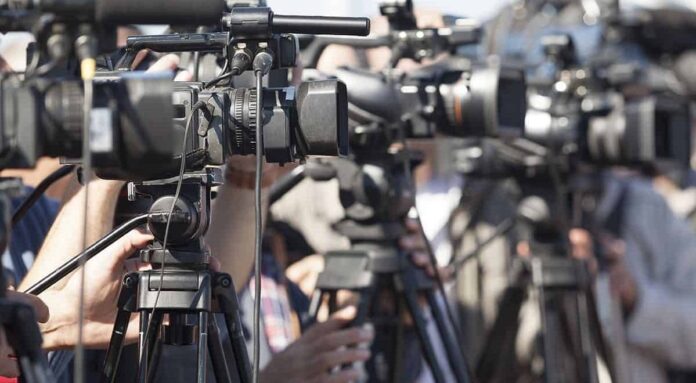 Minister for Parliamentary Affairs Murtaza Javed Abbasi informed the Senate on Friday that 42 journalists were killed in the country over the past four years.

Data from the information ministry showed that 15 of the journalists hailed from Punjab, 11 from Sindh, 13 from Khyber Pakhtunkhwa, and three from Balochistan.

The data showed that seven suspects were arrested in Punjab out of which two were currently out on bail. Five out of the seven arrested were standing trial while eight suspects were on the run. One accused was released by the court.

Similarly, the data showed that four suspects had been arrested in Sindh while seven were facing trial.

In KP, two suspects were acquitted, four were facing trial and one suspect was on the run.

Speaking in the Senate, Jamaat-i-Islami’s Mushtaq Ahmed said the federal and provincial governments had failed to protect journalists. He said that if the culprits had been caught, then “Arshad Sharif would not have been martyred”.

Responding to Ahmed, Abbasi said that it was a “critical situation” and the government should take prompt action against the culprits and provide special security to journalists.

Abbasi directed the interior and information ministries to prepare a consolidated report on the matter and present it to the House within the period of two months.

Meanwhile, Balochistan Awami Party Senator Danesh Kumar pointed out that there were over 10 journalists murdered in the province instead of the three shown in the documents.

To this, the parliamentary affairs minister said that the report was compiled after thorough consultation with all the quarters concerned and if someone had given a wrong figure, “he must be accountable as it is a sensitive matter”.

A report released last year in October showed Pakistan had partly delivered on promises to protect its journalist community, mostly through efforts by civil society, media, and the UN since 2012, but needed to effectively implement new laws to ensure perpetrators of attacks on journalists are held to account.