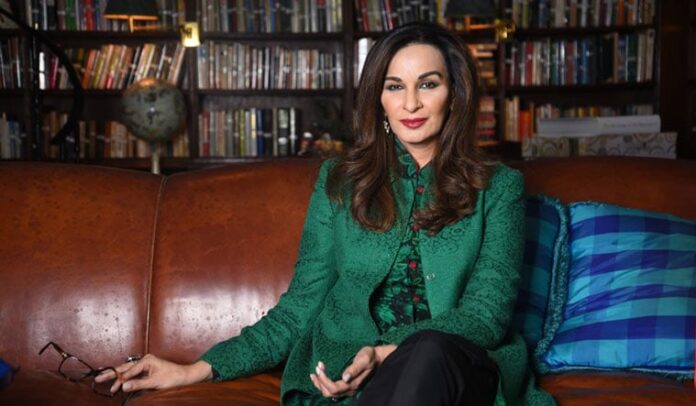 ISLAMABAD:  “The financial architecture of the 20th century can no longer meet the needs and challenges of today,” said Federal Minister for Climate Change Senator Sherry Rehman during the Annual Meeting of the World Economic Forum in Davos.

“It’s high time we address this because the established boundaries and frameworks are now outdated, and there is a need to revisit them and prepare for the challenges of this century which requires a collective approach at a global scale,” she stated.

According to a news release received here on Friday, the minister spoke at a panel discussion titled “How to Turbocharge Development Finance” where she highlighted the need for reorienting and expanding the role played by IFIs to bridge the financing gaps.

She was joined by the Minister of International Cooperation of the Government of Egypt, Rania Mashat, President of the Center for Global Development, Sir Masood Ahmed, and Grantham Research Institute Chair Lord Nicholas Stern. The National Editor-in-Chief Mina Al-Oraibi moderated the session.

Sherry said: “There has to be some sensitivity to the scale of vulnerability and human fragility. When your topographies are transformed forever after a climate disaster, it is immediately followed by food security and a severe energy shock. Right now, 55 countries around the world are in extreme debt distress, which begs the question that is Bretton Woods addressing the challenges of the 21st Century? I am not saying that we instantly go from Bretton Woods to Bridgetown, but this is now a problem that cannot be ignored anymore.”

The minister also spoke at the Pakistan Investment Forum at the Pakistan Pavilion on the sidelines of the Annual Meeting in Davos, where she presented the Living Indus Initiative to private and public investors.

“The global warming that triggers our heatwaves will not go away whatever actions Pakistan takes, because we are a one percent polluter, so we must act to adapt. The Living Indus Initiative is conceived as a veritable axis of adaptation and a cohesive and collective effort to reverse the ecological degradation of the Indus basin. This initiative is Pakistan’s largest adaptation project, and out of the 25 interventions, 15 of them will directly or indirectly address the flooding that happens along the Indus Basin. Right now, the river is under deep stress, and rejuvenating this lifeline of Pakistan will go a long way in our fight against climate change,” she highlighted.

The minister also led the discussion at the Forest and Land Use Investment Packages (FLIP) Initiative meeting on the invitation of US Special Presidential Envoy for Climate, John Kerry.

She appreciated the leadership of the US Envoy for climate and highlighted that such initiatives are extremely useful for countries that are in debt.

“Pakistan is facing a severe debt crisis, and it’s encouraging to see packages being put together that are not going to burden our economies and allow us to fulfill our forest regeneration goals without putting additional stress on the public sector for regeneration of natural capital,” she stated.

The minister also met with the Saudi climate envoy and Minister of State for Foreign Affairs, Adel bin Ahmed Al-Jubeir, and discussed further collaboration between the two countries on tackling the adverse impacts of climate change.