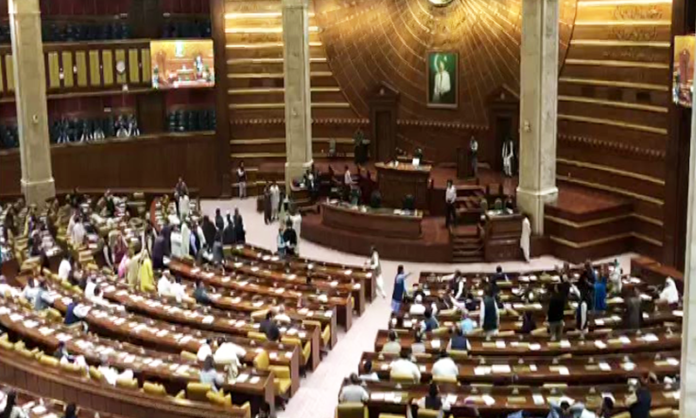 The Punjab Assembly (PA) stood dissolved on Saturday as Punjab Governor Balighur Rehman excused himself from the process, saying he could not become a part of the move.

“I would rather let the Constitution and law take its own course. Doing so will not hamper any legal process as Constitution clearly provides a way forward,” he tweeted.

According to Pakistan Muslim League-Quaid leader Moonis Ellahi, the dissolution advice was received by the Governor House at 10:10 pm on Thursday.

According to Article 112 of the Constitution, the assembly stands automatically “dissolved at the expiration of forty-eight hours after the chief minister has so advised” if the governor does not do it.

On Thursday, Punjab Chief Minister Parvez Elahi formally advised the governor to dissolve the provincial legislature hours after retaining the confidence of a majority of lawmakers in the PA, in a session that began on Wednesday and ended in the early hours of Thursday.

The move caps weeks of speculation, legal wrangling, and a public spectacle of the differences between the ruling allies in Punjab and the federal government over whether the assembly would be disbanded or not.

A notification from the governor for the appointment of the caretaker chief minister was dispatched to CM Parvez and PML-N Leader of the Opposition in the PA Hamza Shahbaz. It said the PA and provincial cabinet stood dissolved under Article 112(1) of the Constitution.

Rehman had said on Friday that the process for the dissolution of the assembly would happen step by step, terming it to be a “lengthy process”.

Meanwhile, at a huddle with senior PML-N leaders, Prime Minister Shehbaz Sharif on Friday discussed the party’s future action plan regarding the assembly’s dissolution, which the ruling Pakistan Democratic Movement coalition had been trying to avoid.

Simultaneously, PTI leader Fawad Chaudhry on Friday had urged Rehman to dissolve the PA forthwith instead of waiting for the 48-hour deadline to pass.

During a media talk yesterday, Chaudhry said contact was being initiated with Leader of the Opposition in the PA Hamza Shahbaz to begin discussions over the caretaker setup and that Elahi would be forwarding him a few names.