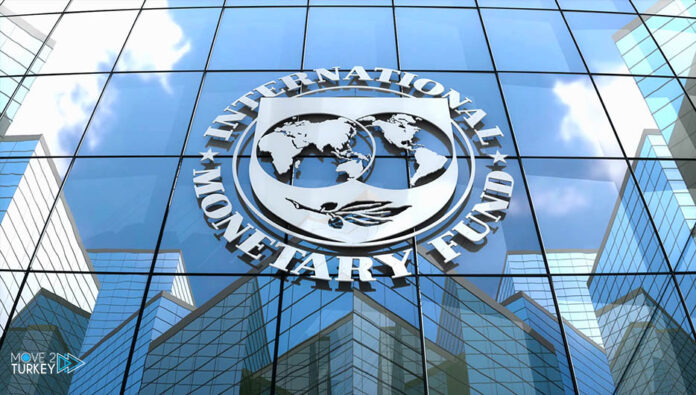 A delegation of the International Monetary Fund (IMF) will meet Finance Minister Ishaq Dar on the sidelines of the upcoming Geneva conference to “discuss outstanding issues”, the lender’s spokesperson said on Sunday.

The International Conference on Climate Resilient Pakistan will be held in Geneva on January 9 (Monday). The event will be co-hosted by the Government of Pakistan and the United Nations.

It aims to bring together government representatives, leaders from the public and private sectors, and civil society to support the people and the government after the devastating floods of 2022.

On Sunday, an IMF spokesperson told the press that the global lender’s managing director had a “constructive call” with Prime Minister Shehbaz Sharif on January 6.

“The MD again expressed her sympathy to those directly affected by the floods and supported Pakistan’s efforts to build a more resilient recovery.”

The spokesperson added that an IMF delegation is expected to meet with Dar on the sidelines of the Geneva conference to discuss “outstanding issues and the path forward”.

The development comes two days after PM Shehbaz said an IMF delegation would come to Pakistan in “two to three days” to finalize the ninth review of Pakistan’s $7bn Extended Fund Facility (EFF).

Pakistan entered a $6 billion IMF program in 2019, which was increased to $7bn last year. The program’s ninth review, which would release $1.18bn, is currently pending. It had earlier been put off for two months due to the PML-N-led government’s unwillingness to accept certain conditions placed before it by the Fund, and the disagreements have yet to be resolved.

A press release issued by the Prime Minister’s Office on January 6, following the premier’s telephone conversation with the IMF managing director, stated that PM Shehbaz extended an invitation to Georgieva to participate in the Climate Resilient Pakistan Conference in Geneva.

“She thanked the prime minister for the invitation but explained that as the IMF board meetings had been prefixed for January 9 and 10, she will only be able to join the conference virtually.”

The prime minister assured the managing director that Pakistan was committed to successfully completing the ongoing program and thanked her for understanding the challenges that the country has been facing, the statement added.

In a tweet today, the premier said that he would be leaving for Geneva today.

“Will take the opportunity to present the case of flood victims before the world. I will also throw light on steps my govt has taken for relief and rehabilitation,” he said.

“Millions of Pakistanis affected by unprecedented devastation look for compassion and solidarity to build back better,” the prime minister added.

The delegation led by PM Shehbaz will present a recovery “framework” at the conference where United Nations Secretary-General Antonio Guterres and French President Emmanuel Macron are also due to speak.

“This is a pivotal moment for the global community to stand with Pakistan and to commit to a resilient and inclusive recovery from these devastating floods,” said Knut Ostby, United Nations Development Programme’s Pakistan Representative.

Meanwhile, Pakistan’s ambassador to the UN in Geneva, Khalil Hashmi, said Islamabad was willing to pay for about half of the bill but hoped for support from donors for the rest.

“We will be mobilizing international support through various means,” he said. “We look forward to working with our partners.”

The country is currently in the midst of a severe cash crunch, with foreign exchange reserves in the State Bank of Pakistan’s (SBP) depleting to an eight-year low of $5.576 billion during the week ended on Dec 30, 2022. This amounts to three weeks of imports.

This decline left no space for the government to pay back its foreign debts without borrowing more from friendly countries.

Despite fast dwindling SBP reserves, Dar is still hopeful about reverting the situation with expected financial help promised by the friendly countries, but nothing has been realized so far.

During the week the SBP foreign exchange reserves saw an outflow of $245 million for external debt repayments.

Foreign debt servicing is the most troubling question for the PMLN-led coalition government facing a serious threat of default. Several attempts to restart talks with the IMF for the release of the next tranche have so far remained unfruitful.

The falling reserves have already deeply devalued the local currency against the US dollar and other major currencies. The SBP’s foreign exchange reserves dipped $11bn to $5.6bn from $16.6bn in Jan­uary 2022.