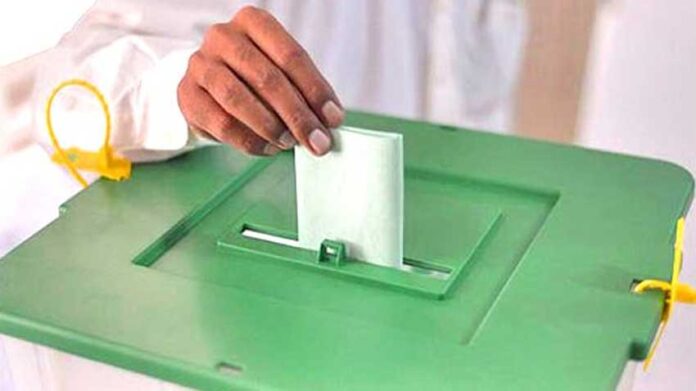 The Sindh government on Saturday reiterated its request to the Election Commission of Pakistan, seeking a delay in local government elections in Karachi and Hyderabad over “threats to various political leaders and workers of political parties” as warned by law enforcement and intelligence agencies.

On Friday, the provincial government had announced that the long-awaited local body elections would not be held and the notification to hold the polls based on the existing delimitation had also been withdrawn on the demand of their “coalition partner”, the Muttahida Qaumi Movement-Pakistan (MQM-P).

However, later in the day, the ECP rejected the Sindh government’s request and ruled that the polls — which have been twice delayed — would be held on Jan 15 as scheduled.

The situation took an ugly turn when Sindh Information Minister Sharjeel Memon, soon after the ECP’s announcement, contended that the electoral body could not reject the provincial government’s decision to postpone local government elections in the two cities.

Today, in a fresh letter to the provincial election commissioner the local government department said a meeting was held at the chief secretary’s office on Friday wherein “the law enforcement and intelligence agencies apprised the participants of the precarious law and order situation along with specific threats to various political leaders and workers of political parties”.

It also said that the Sindh cabinet had also expressed its concern with the non-availability of the Pakistan Army and civil armed forces for static deployment at polling stations.

The letter said the meeting “corroborated the fear and apprehension of the government in view of the prevalent situation, there is a greater need for the presence of troops of Pakistan Army and civil armed forces to be statically deployed at the polling stations”.

The provincial government told the ECP it had already written to the Ministry of Interior about the provision of required security.

“In light of the above, the Government of Sindh reiterates the request that the second phase of local government elections to the extent of Karachi division & Hyderabad district be postponed till such time that the required security is available at the polling stations,” the letter to the ECP reads.

‘Yet another attempt’ to delay elections

“This imported government has turned Pakistan into a banana republic. At the rate they are going, we will soon be the biggest exporter of bananas in the world,” he scorned the government.

The second phase of local government elections in Sindh has been postponed twice already.

The term of the local governments expired on Aug 30, 2020, and the ECP was bound to hold elections within 120 days of this.

The electoral exercise was originally scheduled for July 24 but was postponed due to the unprecedented monsoon rains and flash flooding that inundated large parts of the province.

The ECP later rescheduled the LG polls for Aug 28, but they have deferred again due to the flood situation and a shortage of police personnel in Karachi.

Meanwhile, the Ministry of Interior had on Friday issued a notification authorizing the “static deployment of Frontier Constabulary troops outside all highly sensitive and sensitive polling stations on Jan 15 in addition to already approved deployment of other forces”.

“The competent authority, in the exercise of the powers conferred under Article 220 of the Constitution, is pleased to authorize the static deployment of available sufficient strength of Frontier Constabulary to ensure smooth conduct of said elections.”

It also said the exact number of troops, date, and area of deployment will be worked out by the ECP and other stakeholders in consultation with the FC authorities on the basis of on-ground requirements.

Earlier in the day, the ministry had informed the ECP in writing that it had taken up the matter with the MO Dte (military operations directorate) at the GHQ regarding the deployment of troops at polling stations during the local government elections, however, the latter turned down the request.

“In response, MO Dte, GHQ stated that as already intimated given the current deployment and very high number of sensitive and most sensitive polling stations, required static deployment and security cover to pulling staff and material as desired by the Election Commission of Pakistan is not possible,” the ministry said in the letter.

It added: “It has been further intimated that in view of repeated requests by ECP, it is suggested that ECP may be asked to reevaluate categorization of polling stations and intimate a maximum of up to 500 x polling stations that are considered critical with respect to the deployment of Rangers troops on the static role.”

The ministry had said, “an effort will be made to provide required static deployment of rangers at polling stations in support of police as a one-time measure.”