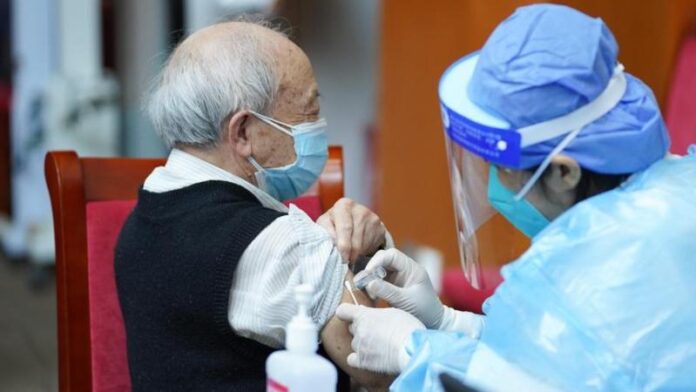 BEIJING: China’s battle against COVID-19 had truly been the people’s fight, with the country overcoming the challenges due to the whole government and whole-of-nation approach, said Pakistan’s Ambassador to China Moin ul Haque, adding that the Chinese resolve and solidarity in the pandemic fight have been admirable and offered lessons for the world.

“I must say that I’m so impressed (with) the way the entire Chinese nation (had) come forward under the guidance of the central government to fight the pandemic, which has been a challenge not only for China but also for all the global humanity,” Haque told China Daily.

The diplomat said he has been in Beijing for the last 2.5 years and he has seen firsthand the Chinese government’s policies to combat and control the pandemic.

Ambassador Haque visited Wuhan and met some of the heroes who were on the front line in the battle during the pandemic.

China had a decisive victory against COVID-19, Haque said. “China is … a large country of 1.4 billion people. They need (ed) to have certain policies that could ensure the safety of the people, so the country made a national effort to save lives,” he said.

He said the recent adjustment in virus control measures announced by the Chinese government is based on logic, reasoning, and scientific analysis.

The envoy said even during the pandemic, exchanges between Pakistan and China kept on going. The two sides saw trips by delegations, and work on the China-Pakistan Economic Corridor continued.

Now, as China has opened its borders again, there will be more exchanges and more flights from Hong Kong to the Chinese mainland, and to Pakistan and other parts of the world, he said, alluding to Hong Kong’s role as a key transit hub.

“And we are looking forward to this renewed exchange. I think it is also going to be a great help to stabilize the global economy,” he said.

The diplomat also expressed gratitude to the Chinese government and the Chinese people for helping Pakistan during the difficult time of the pandemic. More than 60 relief flights were sent from China to Pakistan, carrying essential medicines and equipment.

Ambassador Haque mentioned that Chinese vaccines have been the mainstay in Pakistan’s COVID-19 inoculation campaign. “They helped us save lives in Pakistan, they helped save lives across the globe,” he said.

“So we are really grateful to China (for) playing a very leading role in the effort against COVID-19.”

China was the main supplier of vaccines not only to Pakistan but also to the entire globe, Ambassador Haque said, noting President Xi Jinping’s pledge that whenever any vaccine is developed in China, it would be a public good.