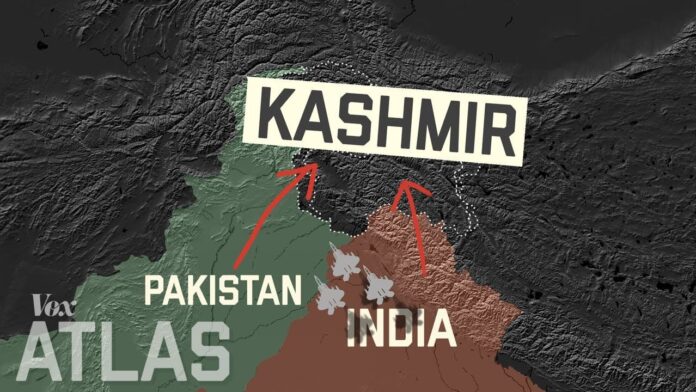 ISLAMABAD:  Kashmiris across the Line of Control and worldwide Thursday reminded the United Nations (UN) of its forgotten commitment regarding their right to plebiscite to decide their future through a democratic process.

Every year, Kashmiris observe January 5 as Right to Self-Determination to reaffirm their commitment to continue their struggle for freedom from Indian. It was on this day, the United Nations Security Council (UNSC) passed a resolution, guaranteeing impartial plebiscite to Kashmiris.

“The question of the accession of the State of Jammu and Kashmir to India or Pakistan will be decided through the democratic method of a free and impartial plebiscite,” the resolution said.

“As the Kashmir dispute enters into 76th calendar year it is the responsibility of the UN and all the influential world governments to play their role to seek a peaceful solution of the lingering dispute awaiting final settlement,” said senior All Parties Hurriyat Conference (APHC) leader, Shabbir Ahmad Shah in his message form Tihar Jail.

He urged the UN Secretary General, Antonio Guterres, to take immediate notice of the systematic genocide of the Kashmiris by the Indian forces in Kashmir and put pressure on India to give the Kashmiri people the right to decide their political future by themselves.

“Decades have passed since Kashmiris were promised right to self-determination, however they are still waiting the World’s biggest forum to fulfill its commitment,” An APHC leader, Mushtaq Gilani told Press

He said, it was responsibility of the United Nations to ensure implementation of its own resolutions however deplored that Kashmiris, who are fighting for right to self-determination, have been facing worst kind of state terrorism at the hands of Indian occupation forces.

APHC (AJK Chapter), Secretary Information Imtiaz Wani also reminded the UN of it’s obligations towards the peaceful settlement of the lingering dispute.
In a statement issued here, he said, it was high time that the international community especially the UN comes forward and plays its much needed role to resolve the Kashmir issue and stop the ongoing violation of human rights in Indian Illegally Occupied Jammu and Kashmir.

It is pertinent to mention here that India on August 5, 2019, through a unilateral action revoked article 370 and 35 A of its constitution, depriving the state of its special status. Since, then the Modi’s fascist regime has intensified its crackdown and intensified state terrorism to silence Kashmiris’ cry for right to self-determination through military might.

The government and people of Pakistan have always stood with Kashmiris to get freedom from India. The support would continue till Kashmiris achieve their goal of freedom.