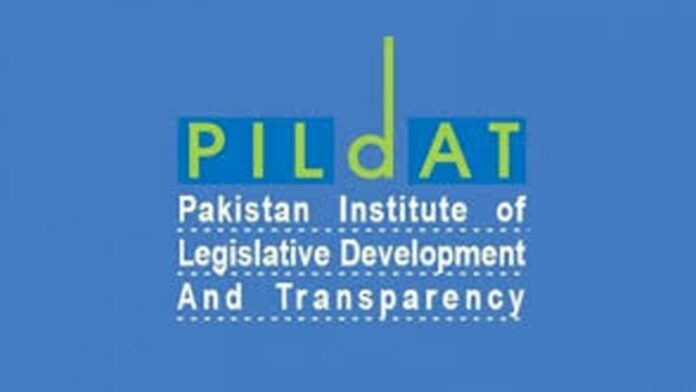 ISLAMABAD: Pakistan Institute of Legislative Development and Transparency (PILDAT) on Monday highlighted structural problems within Pakistan’s political system in a report analyzing the current state of democracy and its prospects in 2023.

The report carried an analysis of the functioning of all three organs of the state which are crucial for democratic governance of the masses within a political system.

It also discussed different political events of 2022 including the vote of no-confidence motion in the National Assembly which led to ouster former prime minister Imran Khan and election for the post of chief minister Punjab, and subsequent decisions of the courts.

The report lauded the role of the Election Commission of Pakistan in the backdrop of recent political events and also highlighted role of strong local government system.

“PILDAT believes and has proposed that Pakistan requires Constitutional Amendment defining scope, role, responsibility and tenure of LG system. Local Governments are just as important a tier as National and Provincial Governments whose domain, term, role and subjects are defined in the Constitution in detail, (however), same clarity is required in the constitution to define LGs,” said the report.