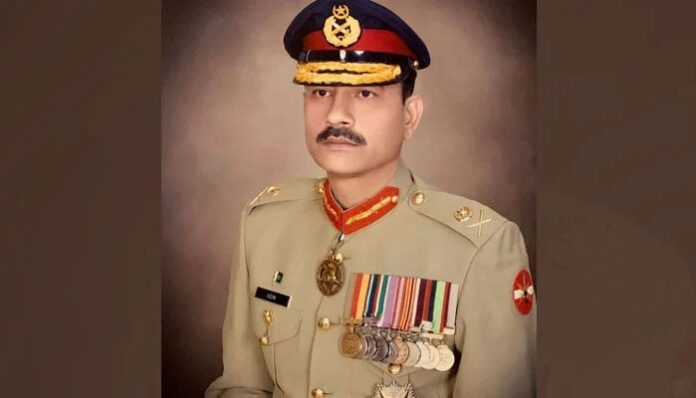 Chief of the Army Staff (COAS) General Asim Munir on Saturday called on all stakeholders to develop the “national consensus” required to confront challenges posed by the “economy and terrorism”, according to a press release from the military’s media wing.

The army chief’s comments come amid a spate of terrorist attacks in the country after the banned militant Tehreek-i-Taliban Pakistan ended its ceasefire with the government, ordering its militants to carry out attacks throughout the country.

Meanwhile, the country is also facing challenges on the economic front with its low foreign exchange reserves which are barely enough to cover a month’s imports. It is unclear when the country will receive more inflows from bilateral and multilateral institutions, giving rise to default fears.

According to the Inter-Services Public Relations (ISPR) press release, the army chief attended the commissioning parade of the 118th Midshipmen and the 26th Short Service Commission as the chief guest at Karachi’s Pakistan Naval Academy (PNA). He was received by Chief of the Naval Staff Admiral Muhammad Amjad Khan Niazi upon arrival at the PNA.

Addressing the parade, the COAS said: “Pakistan is passing through one of her most critical junctures and this requires the development of national consensus by all stakeholders to sail through the confronted challenges of economy and terrorism.”

He also said that the maritime domain was “continuously shifting”, mainly due to technological advancements, and only navies that “align with professionalism and modern trends of warfare” would prevail and prove effective.

“COAS congratulated the commissioning term for the successful completion of training and becoming guardians of the maritime frontiers of Pakistan,” the ISPR said.

Gen Munir appreciated the PNA for imparting “quality education not only to Pakistani cadets but also to friendly countries, advising young officers as future leaders to lead by their conduct, character, professional acumen and foresight”.

The ISPR added that the COAS addressed the officers of Karachi Corps, Rangers, and other CAFs at Malir Garrison.

“He underscored the need to focus on the profession and demands of modern warfare and directed information operations,” the press release reads.

Over the past few months, the law and order situation in the country has worsened, with terrorist groups like the outlawed TTP, the Islamic State group, and Gul Bahadur Group executing attacks with near impunity across the country.

Insurgents in Balochistan have also stepped up their violent activities and formalised a nexus with the TTP.

The incident at the KP police’s Counter-Terrorism Dep­art­ment interrogation centre in Bannu and the botched suicide bombing attempt in Islamabad not only set off alarm bells in the power corridors but also left several countries worried about the security of their nationals.

The US, UK, Australia and Saudi Arabia have issued advisories, asking their nationals to restrict movements in Pakistan and avoid non-essential trips